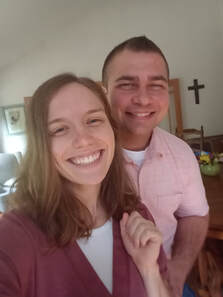 Mr. and Mrs. Gideon and Jenna Baumgarn married and moved to Winona in the fall of 2020.
They have one child named Jack and are members at St. Martin's Lutheran Church.
Committed to the ministry of Hope Lutheran, Jenna and Gideon are the International Student House Supervisors for the 2022-2023 school year. They are thrilled to have another opportunity to expand their family and serve their community. Jenna teaches Art at Hope Lutheran HS and St. Martin's Lutheran School, while Gideon works toward a Bachelor degree in Spanish. Gideon says, "We loved getting to know the international students and experiencing the (2020-2021) school year with them. We are so excited to find out what this school year will bring." Next time you see Gideon or Jenna, feel free to stop and say, "Hello!" They would love to hear how your day is going!

Dave Chapman
Hello, my name is Dave Chapman and I am entering my sixth year as your school counselor at Hope Lutheran High School. I am .90 assigned to Jefferson Elementary School and .10 assigned to Hope Lutheran High School. I have thoroughly enjoyed my experience and look forward to school year 2022-2023. This will be my 41st year in education in both the Secondary and Higher Education levels.  I have an earned Bachelor’s Degree from the University of Wisconsin-Stout, in Psychology (teaching certified) and a Women’s Studies minor. I earned my Master’s Degree from Southwest Missouri State University (now Missouri State University) in Springfield Missouri. I have worked at six different colleges/universities, both private and public for 15 years. My primary work was with college student housing but I also worked for three years in a college counseling center and coordinated internship placements for college students in their majors. I have counseled at all three secondary levels; elementary, middle and high school. I have served Sibley East Junior High in Gaylord Minnesota, Cannon Falls Middle School and now the Winona Areas Public Schools. I did complete training for administration and served as an Assistant Principal for 10 years, but found my first love to be counseling. I am a veteran of the United States Marine Corps where I served as a Personnel Administrator and an Instructor at Officer Candidate School at Quantico Virginia. I was honored to receive three meritorious promotions, during my active service time, to Lance Corporal, Corporal and Sergeant. I was able to achieve the rank of Sergeant in 25 months of my 36 months of duty. Truly, I would not be where I am today without that experience and what it showed me I could accomplish. I am married to Ruth Bolstad for 37 years and have two grown sons, Drake and Quinn. My home is in Northfield Minnesota but I live in Winona during the school weeks and year. As an educator, my central belief is that every moment matters and we can not discount the fact that every interaction we have with people not only changes them, but also changes us. Thank you for allowing me the opportunity to serve Hope Lutheran High School. 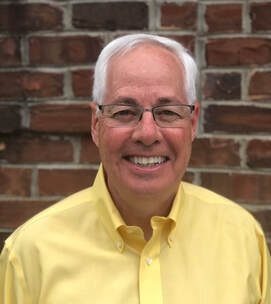 Mike Charron graduated with honors from Saint Mary’s College in Winona with a degree in
Communication Arts, English and Secondary Education. He was a four-year letterman and Team
Captain for three years on the Men’s Cross-Country team. He did his high school student
teaching at Winona Senior High School. Following graduation in 1979, he taught and coached
for two years at Atwater High School where he taught 7 – 12 Reading and English, directed
plays, and helped coach track, men’s basketball, and speech. He returned to school and
completed an MFA degree in Theatre from the University of Minnesota in 1983. That same year
Mr. Charron became a professor and Chair of the Theatre Department at Concordia College, St.
Paul. He successfully established a theatre major and oversaw the building of a 35,000 square
foot theatre and dance facility for the college. He coached the Concordia Men’s and Women’s
Cross-Country teams where he led the men’s team to a Men’s Small College Athletic
Association National Championship and was chosen as the Upper Midwest Athletic Conference
Cross-Country Coach of the Year. In 1990, he married another Concordia professor, Lori Nornes.
In 2000, Mr. Charron was elected to the Woodbury, MN City Council, and in 2004 was elected
to the Minnesota House of Representatives. In 2007, Mr. Charron was offered the position of
Dean at Saint Mary’s University. Mr. Charron moved his family to Winona where his two
daughters attended St. Martin’s School and his wife joined him on the faculty at Saint Mary’s.
Mr. Charron has been appointed four times by the Governor and currently serves on the
Minnesota State Arts Board. He also has served as the Chair of the Winona Chamber of
Commerce and serves on the board of the Great River Shakespeare Festival. He retired from
Saint Mary’s in 2021 and now enjoys directing plays, teaching English and Theatre at Hope, and
coaching track for Cotter/Hope. Mr. Charron is a Minnesota Vikings season ticket holder, loves
reading, volunteering at pop-arts conventions, going to Disney Parks, and watching films –
especially with friends and especially Marvel.
Ephesians 2:10, “For we are God’s workmanship, created in Christ Jesus to do good works,
which God prepared in advance for us to do.” 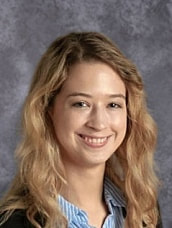 Becky Lewis graduated from Winona State University in 2015 with a Bachelor of Arts in Marketing and a Bachelor of Science in Music Business. She first gained an interest in teaching after working for WSU as a music theory tutor. Upon graduating, she integrated her love of writing into a successful marketing career, which included viral Amazon.com product pages and multiple blog posts with views in the hundreds of thousands. Her career at Hope LHS began as the 2019 spring play director, and she leaped at the opportunity to teach 9th and 10th grade English soon after, in fall 2019.

Joshua 1:9, “Have I not commanded you? Be strong and courageous! Do not be frightened nor dismayed, for the Lord your God is with you wherever you go.” 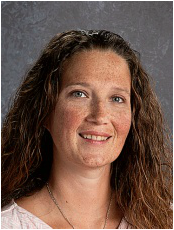 ​
Angie Littlefield grew up in Minnesota. She graduated from St. Charles High School in 1999, where she met her husband Jeff Littlefield. They have 3 beautiful children.   Through the years she has grown in her faith with her husband by her side. She is a member of Immanuel Lutheran Church-Silo, in Lewiston MN.  She has spent time raising her 3 children and creating memories with them, before that she was gaining life experience in many different positions.  Her most memorable life experiences so far have been, being a mom, working for Hope LHS, and being a Nanny.  In her spare time, she enjoys reading, crocheting, and cooking.   She knows that life here on earth is short and enjoys every moment of this precious life 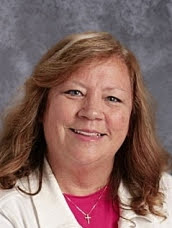 Angela Meyer graduated from Winona State University with a degree in School and Community Health Education in 2007 and she is a member of Immanuel Lutheran Church - Silo in Lewiston.  Her teaching career began at Hope Lutheran from 2006 to 2011 when her family moved to Michigan where she worked at Valley Lutheran High School for a year. Upon returning to Minnesota, she worked at Hawthorne Education Center in Rochester from 2012 to 2022 as a Instructor in the Bridges to Careers program. The position allowed her to build curriculum and teach multiple classes preparing students for college. Angela has been married to Kevin (Principal/teacher Immanuel Lutheran School - Silo) for 34 years, They have two grown children (both graduates of Hope Lutheran High School). Daughter Felicia and son Brady (Audrey). Angela was blessed to “rejoined” the Hope staff in 2022 and currently teaches, American and World History, Health, Anatomy and Physiology, Computer Applications, Psychology, Choir, Economics, and Government.  “I truly appreciate the blessing God has given me to share His word and truth while assisting students in reaching their education potential”.
Psalms 34:4 “I sought the Lord, and he answered me and delivered me from all my fears”. 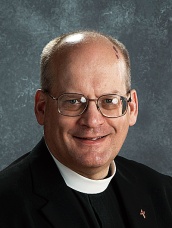 Pastor Richard Moore is the senior pastor of St. Martin’s Evangelical Lutheran Church. He has been teaching as part of his pastoral responsibilities in the church for 30+ years including classes at the Elementary, High School and Seminary levels. He attended Concordia College, Bronxville, NY graduating with a bachelor’s degree in Music/English/Classical Languages and Theology. He received his Masters of Divinity from Concordia Seminary, St. Louis and has
done class work toward a Doctor of Ministry Degree. Pastor Moore has taught religions classes including: “This We Believe, Teach and Confess,” “The Reading
and Understanding of Scripture,” The Gospel of John”, “Ephesians,” “Genesis,”
“Contemporary Issues in Christianity,” and “Paradoxes of Scripture” as part of the
Hope Lutheran High School Curriculum. Pastor Moore has been teaching
Christianity at Hope beginning in 2006. He is married with two grown daughters and
seven grandchildren.

Ephesians 2:8-9 “For by grace you have been saved through faith—and this is
not of yourselves it is a gift of God—not by works so that no one can boast.” 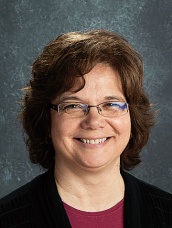 Mrs. O’Laughlin has 26 years of classroom teaching experience in grades 7-12. She is a graduate of Concordia,Nebraska with a secondary education degree and dual majors in math and biology.  Mrs. O’Laughlin has taught at Kinnick High School on the U.S. Naval Base in Yokosuka, Japan, St. John Lutheran School in Seward, Ne, and Hope Lutheran High since 2003. She was also a stay at home mom for 14 years. Currently she teaches Algebra 1, Geometry, Algebra 2, Advanced Mathematics, Pre-Calculus, Physical Science, Biology, Physics, and Chemistry.  Mrs. O’Laughlin’s family includes her wonderful husband Sean and five beautiful grown daughters and their families.
Philippians 4:13
I can do all things in Him who gives me strength.

Rocky Sandcork was born and raised in St. Louis, MO.  He graduated from Concordia St. Paul in 1997 with a Bachelor of Science in Physical Education K-12.  He played 4 years of college football and was captain of the CSP basketball team his junior and senior year. While at CSP he met his wife Deanna.  They were married in June of 1997 and went to Poland where they taught English as a Second Language and served as volunteer missionaries for LCMS World Mission.  They returned to the states and Rocky taught in Austin, TX  for three years.   In 2001 they moved to Winona, MN and Rocky taught at St. Martin's Lutheran school as the 7/8 grade teacher, PE for K-8, and athletic director from 2001-2010.  Rocky has coached gymnastics, tennis, football, soccer, basketball, softball, and track.  Rocky completed his principal training through the Missouri Synod Leadership program in 2003. He finished his masters in Educational Administration in 2015. Rocky has been Administrator at Hope since 2010.  He has also taught PE, Health, Math, Art, Multimedia, Broadcasting, Spanish, US History, English, Geography, and Religion.  He has farmed the past 24 years part time, 2 full time  (dairy) with his wife's family. In his spare time Rocky likes to farm, play cards, camp, and wrestle with the kids. He is the dedicated husband of Deanna, and father to their eight sinful children.
@ MS=AE019FD967EB4DC925E43CBD4BD95B5E46BB7B4B 3600